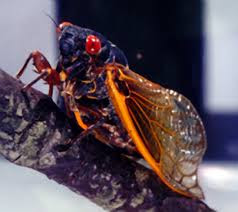 Merindui bunyi gerombolan reriang (cicada) semasa musim panas walaupun bingit. Tapi maintain daily 38.3 Degree... kat Shah Alam maintain panas pun maksima 34 degree (biasanya tengahari lah) Ni 38 boleh santak sampai ke petang.
Hottest day for the month recorded in 42 places
Scorching summer weather continued to cover wide parts of Japan on Monday. Temperatures rose to a record high for September at 42 observation points across the country.
The Meteorological Agency says bright sunshine pushed up temperatures in eastern and western Japan. A daytime high of 38.3 degrees Celsius was recorded in Kyotanabe City, Kyoto Prefecture. It was 34.1 degrees in central Tokyo.
In Fukushima City, northeastern Japan, the mercury hit 37.3 degrees, breaking a previous record for September set in 1944.
A high of over 35 degrees was recorded in Kyoto for the 34th day in a row, and in Osaka for the 29th straight day.
The figures both surpassed previous records.
Weather officials say temperatures will rise again to about 35 degrees in eastern and western Japan on Tuesday, and the sizzling heat is expected to continue for at least one more week.
They are urging people to prevent heat stroke by drinking water frequently, taking salt and resting in ventilated places.
NHK has learned that at least 503 people have died of heat-related illness since July 17th, when the annual rainy season ended. By prefecture, Tokyo has the most heatstroke deaths at 138, followed by Osaka with 89 and Saitama with 60.
Among the victims, 3 out of 4 are seniors aged 70 or older, and about 80 percent of them died indoors.
Email ThisBlogThis!Share to TwitterShare to FacebookShare to Pinterest Posted by mahaza at 11:30 AM